The Oxford Film Fest is Back!

The Oxford Film Fest is at it again with a huge lineup to entertain any film buff! The events will start on March 18th – 22nd.

The Oxford Film Festival celebrates the art of independent cinema. Through year round programming, the festival works to encourage filmmaking in Oxford and North Mississippi while growing understanding of cinema through screenings, workshops and educational programs, culminating in the annual five day festival.

The festival exhibits over 200 quality films from across the globe and has been praised for its hospitality. The festival was founded in 2003 by the Yoknapatawpha Arts Council. In 2008, the Oxford Film Festival became an independent non-profit organization with 501c3 status committed to celebrating the art of independent cinema. The festival screens short and feature-length films in both showcase and competition settings, hosts panel discussions on issues in contemporary filmmaking, and invites the filmmakers to interact with the audience at a number of social events.

The Oxford Film Festival entertains and educates its participants, providing residents and visitors with the opportunity to watch independent films, as well as to meet the filmmakers and learn from industry professionals. The variety of films, in addition to the panels, attracts filmgoers of all ages and backgrounds. The festival also supports moviemaking in the area through the production of the community film and support of OxFilm Society which loans equipment to filmmakers filming in Oxford.
Our festival, the Oxford Film Festival, is in Mississippi (USA) and should not be confused with the Oxford International Film Festival in Ohio, now known as the Cincinnati Film Festival, nor OxDox in Oxford, England nor the Oxford International Film Festival in Oxford. England.

The Oxford Film Festival celebrates film, the range of stories that can be shared through film, and the diversity of audience members and creators that love films. As a community film festival we strive to provide a safe and harassment-free experience for EVERYONE, in which participants can experience a variety of films and events that inspire, engage, and promote constructive dialogue.

Often Overlooked Educational, Unusual, Fun and Festive Awareness Days and Months
Scammers Attacking Smart TVs and More About This Newer and Dangerous Threat
Hot Hostorical Spots to Explore in Mississippi This Summer
What's the Best Internet Speed for You and Your Household?
8 Tips to Improve the Performance of your WiFi Network 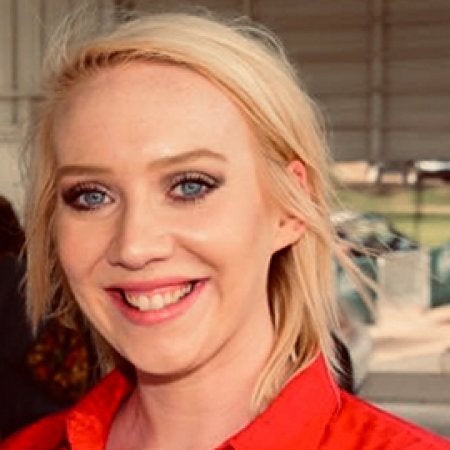 Lynzee Rushing is the Marketing, Media and Special Projects Manager for MaxxSouth Broadband. She manages a public relations team as well as managing most of the day-to-day operational activities for MaxxSouth's Marketing department. Lynzee has been with MaxxSouth for 8 years, in that time, she has worked her way through the ranks from customer service, supervising Direct Sales and Business administrators, managing equipment for the company, to where she finally found her home -- Marketing. She loves the thrill of not having any idea of what new task she will learn and never knowing what her day will entail! When not working, Lynzee enjoys spending time with her family, cooking and cheering on the Crimson Tide on Saturdays in the fall.